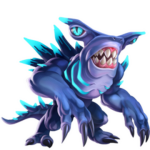 I don't have any powers, I'm just a regular dude tbh...

Don't have one, why do you think I'm on this page?

No thanks bro, I don't do drugs

If I had to name one of my traits I'd say....compulsive swearer?

Is my grandmother considered a relic? She's pretty old.

Wait, what the hell are you doing on my page?

Oh well, I guess I have to introduce myself now, don't I?

My name's Cynically1nsane, or Cyn. I'm a relatively new member of this site, creating my account late February. I was just recently elected into the Ranking Council as the eighth seat, and am working towards learning more about the meta and growing as a player and a member of the wiki.

As you have guessed, I'm a pretty avid ML player. I started a bit over a year ago and am currently sitting at the tippity top of Legendary IV league (though I can't seem to break Legend III). On ML I go by Phoenix, and I co-lead a team called ML fireKnight. We're a good bunch, and are pretty successful for a team of rag-tags. We have a revolving door of players, sometimes powerful, sometimes weak, sometimes toxic, but at the end of the day we get the job done.

But that's besides the point, you're probably wondering why I'm in this wiki in the first place. Well the answer is quite simple really;

I want to create the perfect pvp team.

Yes, I know, I know, it seems a little far-fetched, but hear me out.

Honestly, when I first picked this game up, the competitive aspect wasn't really all that intriguing to me, I got into the game for the collecting mainly. I played the game and got better, obtained stronger monsters, and just went through the motions. For a while I never really took more than a surface-level look at the competitive scene. I think it might have, in part, been because I knew that there were stronger, rarer monsters out there that I could never get my hands on, and I envied higher level players, with their cool-looking insanely powerful P2W beasts. As I played more and more though, I began to cast aside my jealousy and gave pvp another chance. I soon realized that, yeah, the competitive is much more complex than I thought. I became enthralled by all the different combos and ways monsters could be run, and wanted to learn more and more about it.

That's when I found this wiki. I've scoured almost every single monster page, coming up with and trying out different, sometimes unconventional, combos that seem unbeatable on paper. And while I will admit, it does break my heart whenever one of my unbeatable combos is beat, I have not lost hope yet. I truly do believe that there is, or will at some point be, an unbeatable combo in this game. I don't know about you, but I'm not gonna sit around and wait till somebody else finds it.

Well that's enough ramble for today. I guess you know my whole life story now. What you choose to do with this information is up to you. I guess I'll let you get back to whatever you were doing before you found this cesspool, thanks for checking out my page!

TL/DR; I'm a giant loser with a lot of time on his hands

Notable Things About my Time on the Wiki Edit

Retrieved from "https://monster-legends-competitive.fandom.com/wiki/User:Cynically1nsane?oldid=97146"
Community content is available under CC-BY-SA unless otherwise noted.